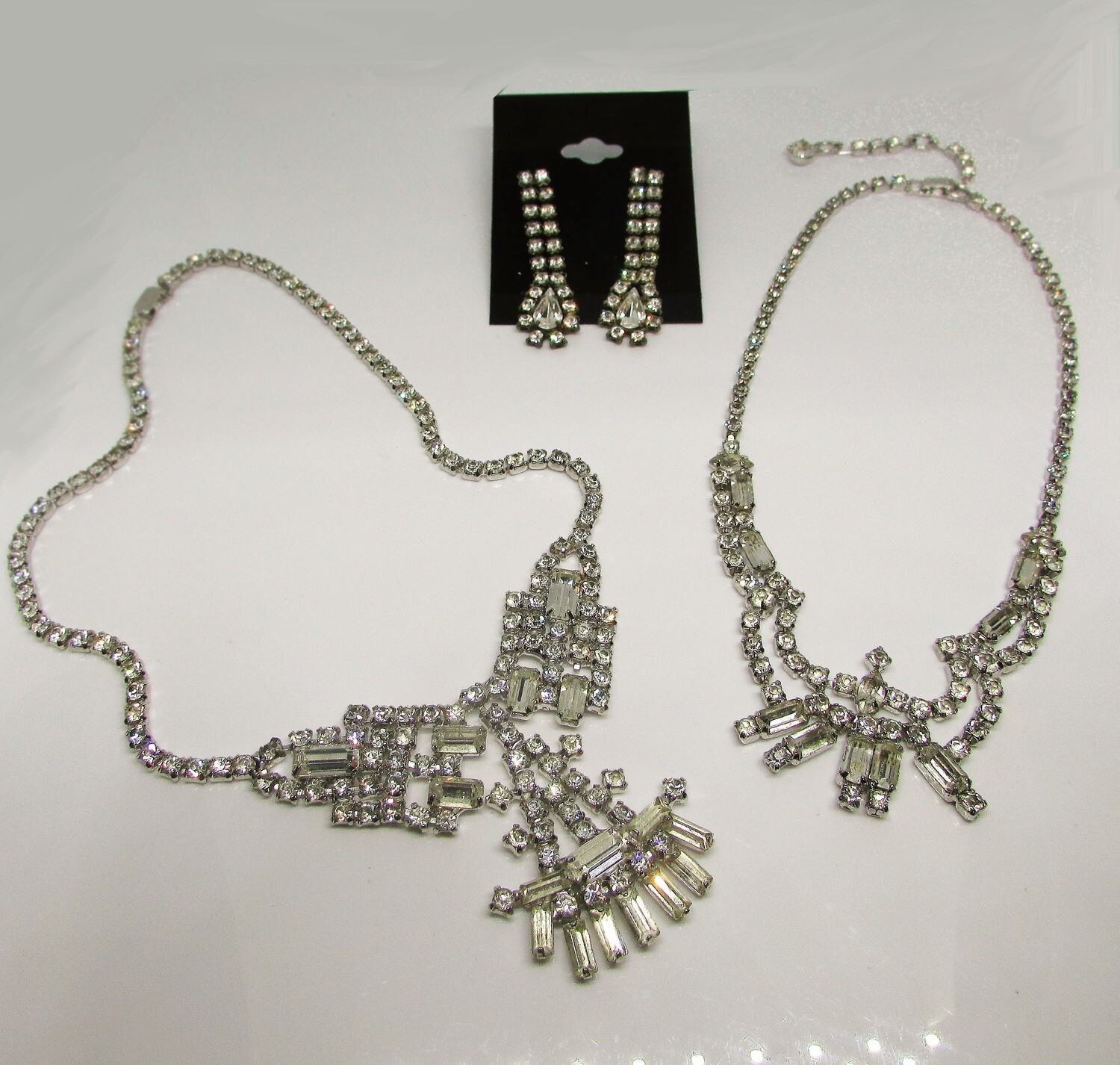 Emanate the spirit of the art deco, crystal rhinestone studded era of the 1950's with this dazzling set from Continental. At its heyday, Continental rhinestone jewelry was often compared to the Sherman line, another competing designer. Known for its high quality and unique designs, Continental is sure to be a collector's item for many years to come.

This set was purchased from a collector and condition is used. It has slight signs of wear but has been restored to life through thorough cleaning. Please see photos for condition. All stones are individually set and accounted for. Both necklaces have CONTINENTAL stamped on the clasp.

Necklace #2 (First picture, the one on the right)
Length: 14" adjustable to 18"
Has a round faceted rhinestone tag

TRIVIA: In 1943, Sam Baker and Sol Mayoff became partners and set up shop in a 500 square-foot store front in a Vieux Montreal building. There, with four employees, they sold costume jewellery, various accessories and religious articles and became the small firm, Continental Jewellery.

In 1947 already well known as Continental Jewellery, the small firm began to manufacture rhinestone articles which were all the rage at the time. The ever growing demand forced them to move into a larger space on Bleury Street.

In 1951, Continental Jewellery became the largest, manufacturer of mid-priced rhinestone jewellery in the country. Due to the whims of fashion, the market for rhinestones was gradually declining. To protect its market share, the firm hired a European designer to create a major line of fashion jewellery, making Continental one of the most important fashion sources for the Canadian market.

Continental’s clients included large chains like The Bay, Eatons, Simpsons, Birks, People’s as well as a majority of independent jewellers and it employed a staff of 360. The firm had an annual retail business of $80 million.”