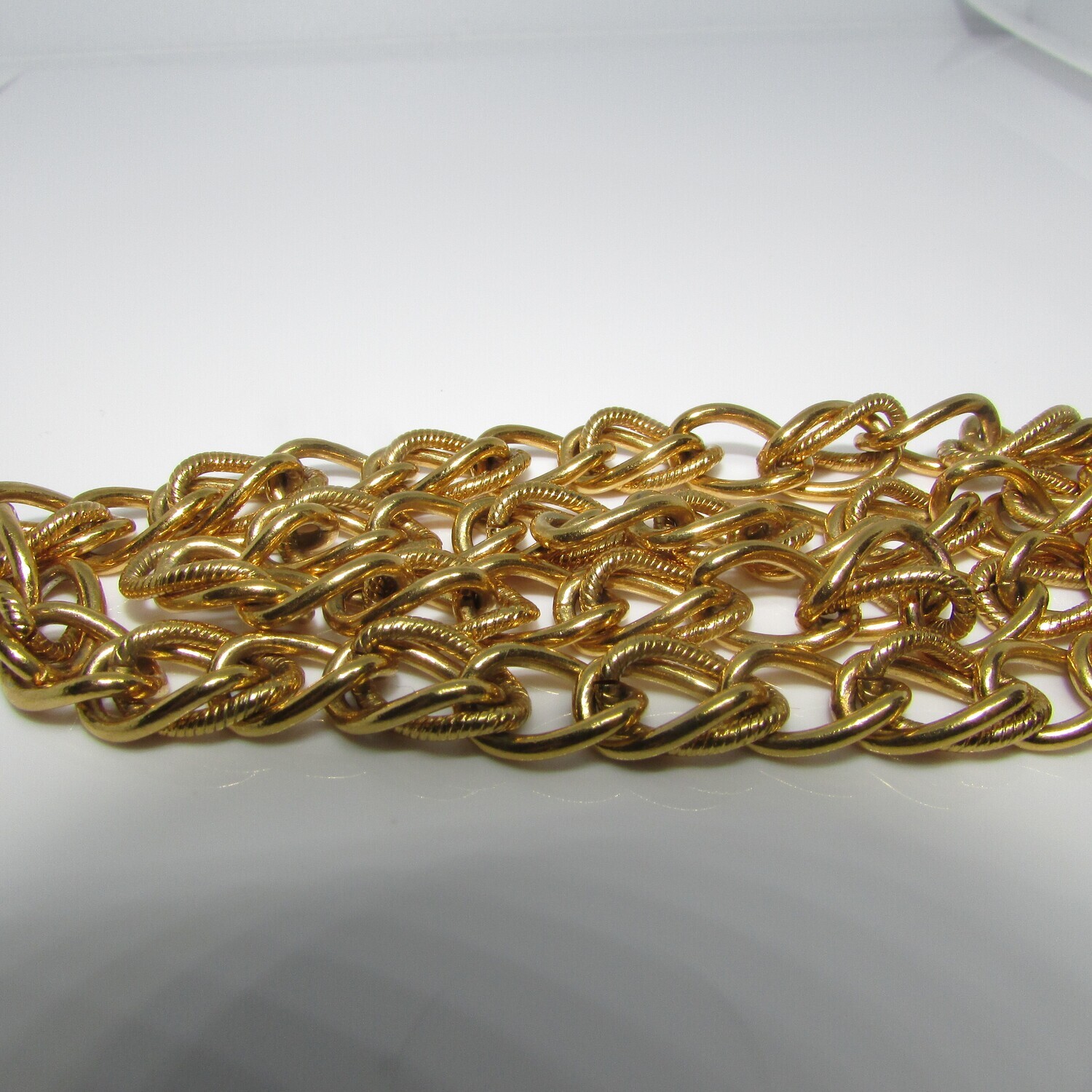 Now a highly sought after collectible, Monet's designs are both classical and timeless. This chunky linked gold tone on metal chain from the 70's is a great example of this timelessness. Great for layering or as a single piece, it still has its unique Monet design in the single textured strand in the four linked chain. Tag is stamped MONET. Purchased from another collector, condition is used but has little to no signs of wear.