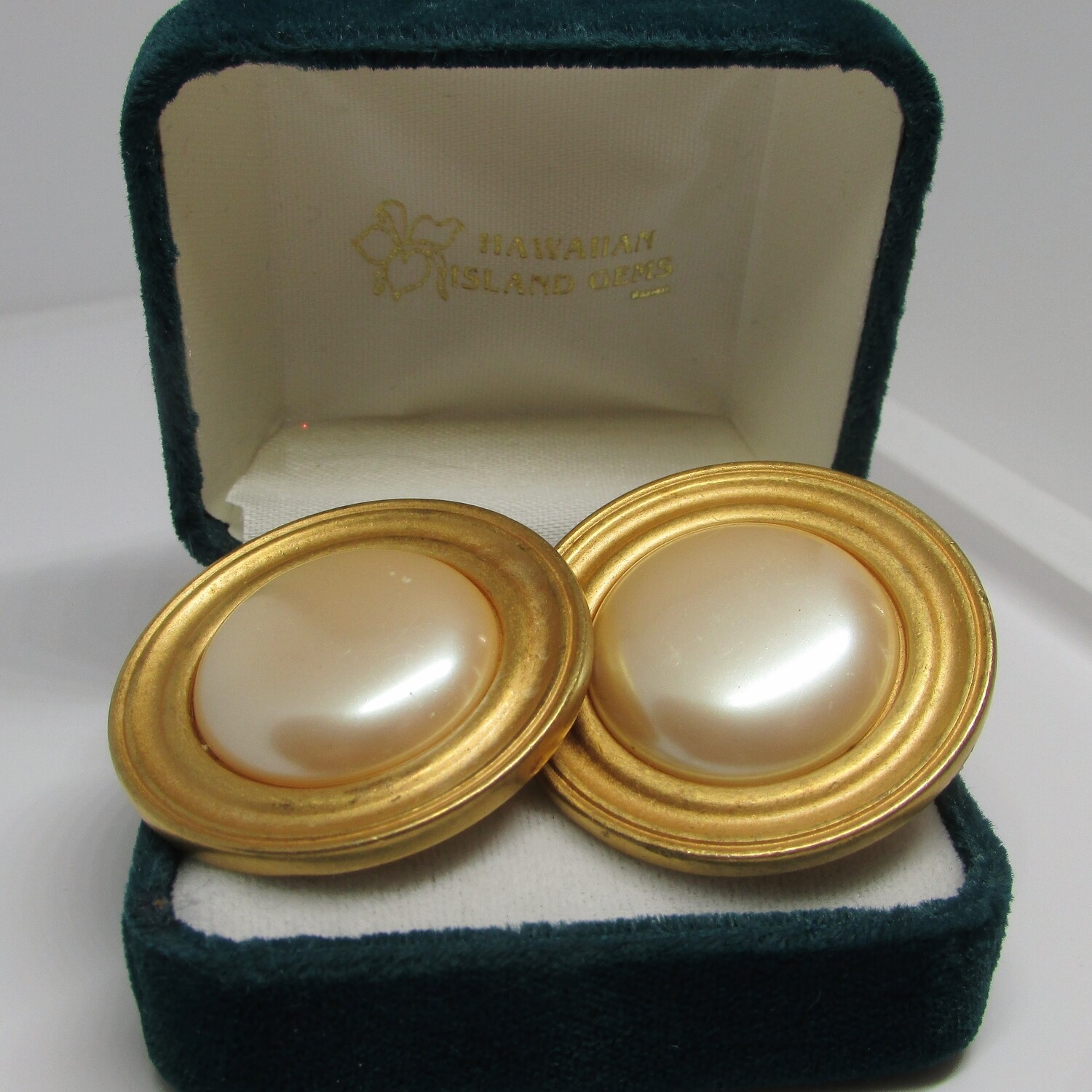 Now a highly sought after collectible, Monet's designs are both classical and timeless. This piece has the elegant design that was a staple throughout the 70's and 80's. A statement piece, with an eye-catching mabe at the centre. Purchased from another collector, condition is used but has been sanitized and shows few signs of wear. Stamped Monet on the back.