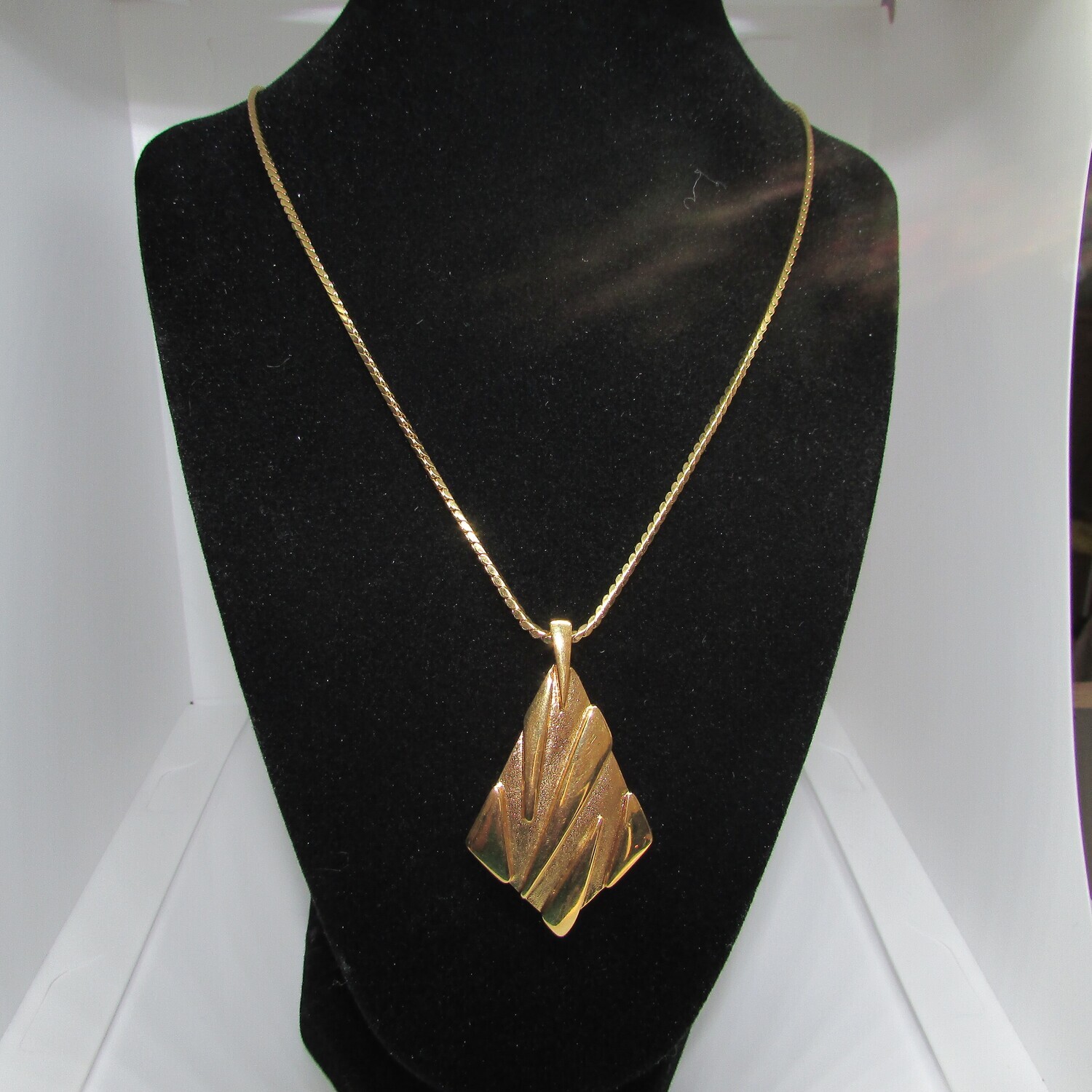 Now a highly sought after collectible, Monet's designs are both classical and timeless. This stunning modernist piece comes with a herringbone chain and a pendant, geometric in style, with a textured front and back. The pendant is stamped MONET as well as the clasp, lobster claw closure. Purchased from another collector, condition is used but has little to no signs of wear.