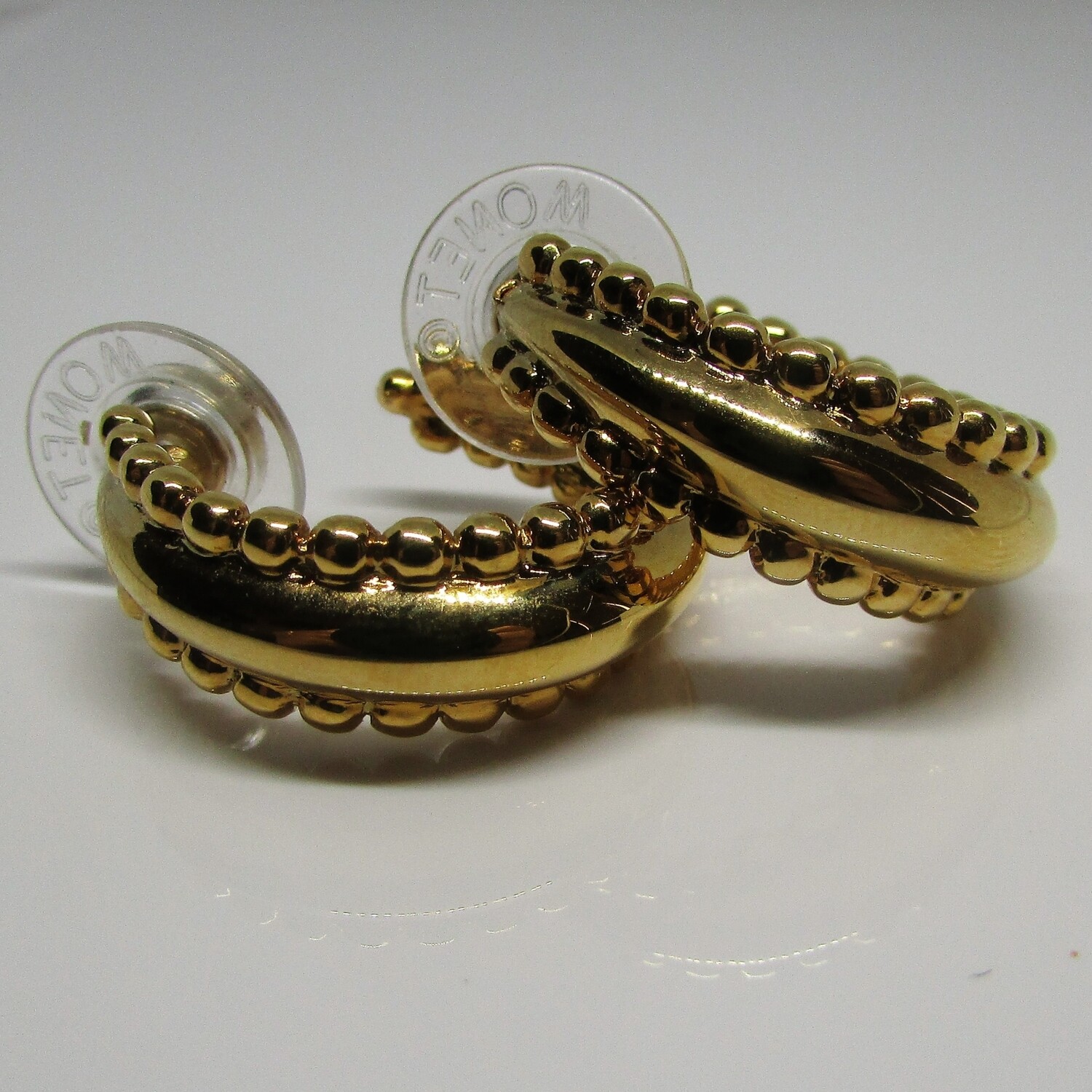 Now a highly sought after collectible, Monet's designs are both classical and timeless. This piece, a gold-toned pair of hoops, with a croissant edge design form the 80's, is now making a comeback, as is evident from the pieces being currently manufactured by major high-end jewelry companies, such as Mejuri. It is no wonder that this design is timeless as throughout the 80's and 90's, Monet designed jewelry for Christian Dior and Yves Saint Laurent.

Purchased from another collector, condition is vintage and should be assumed to be used, but has no signs of wear. The MONET signature is stamped on the backside of the hoops as well as on the pushbacks.