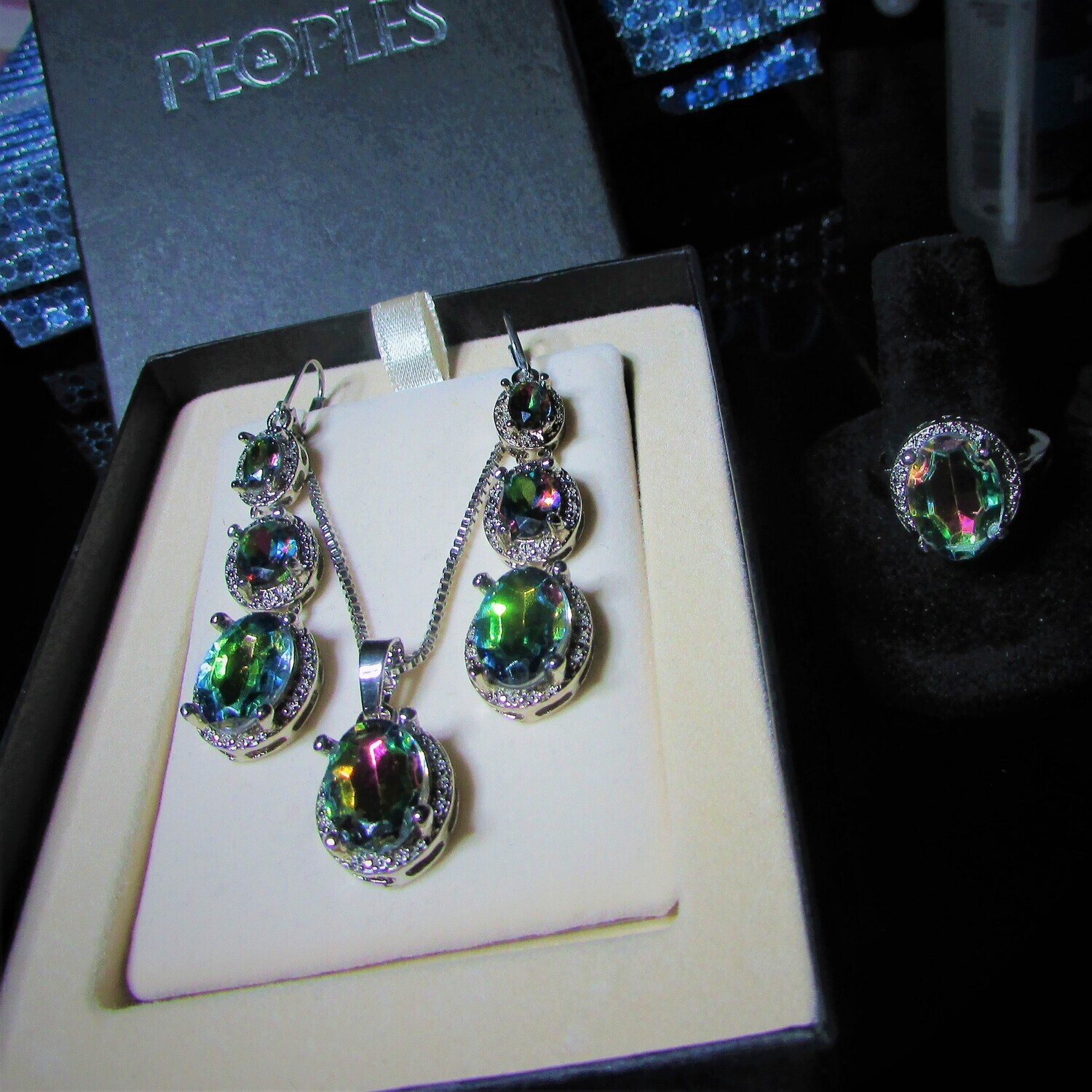 Before 1970, mainstream topaz jewellery was typically yellow to brown in colour, with the rarer shades being very expensive and seldom seen. In the early 1970s, it was discovered that the colourless stones could be transformed into brilliant blue hued gems by a process of targeted high-energy electron or gamma radiation followed by a period of heat.

In the late 1990s, an eye-popping stone named “mystic topaz” was debuted in Hong Kong. Using a patented technique known as CVD (Chemical Vapours Disposition) an infinitesimally thin layer of titanium or a similar metal is deposited onto the exterior of a colourless topaz, resulting in a vivid rainbow of colours definitely not found in nature. This coating is somewhat analogous to that found on iridescent sunglasses. Mystic topaz can last a lifetime, though it must be cared for very gently.

Because of its aurora borealis like effect, it has become a prominent feature in costume jewelry. There are various grades to mystic topaz, making it available at a more affordable price, although it can also rack up, depending on its make.

This vintage set was bought from another collector. It consists of a necklace, earrings and ring, which measures at a size 7.5 and comes in a People's box. Condition is used - there is a slight scratch on the main stone of the ring, but otherwise the rest is mint.

Earrings are 5 cm is total length of the dangle, with the stones graduating in size. Leverback closure.
The necklace has a 10" length and is a box chain, lobster claw closure.
Ring is a US 7.5

All three main stones are oval and measures at 1.5 cm W x 1.75cm L (the other two stones for the earrings are smaller in size). Set in sterling silver, ring is stamped S925 on the back as per photo. Stones are faceted and has a halo setting.