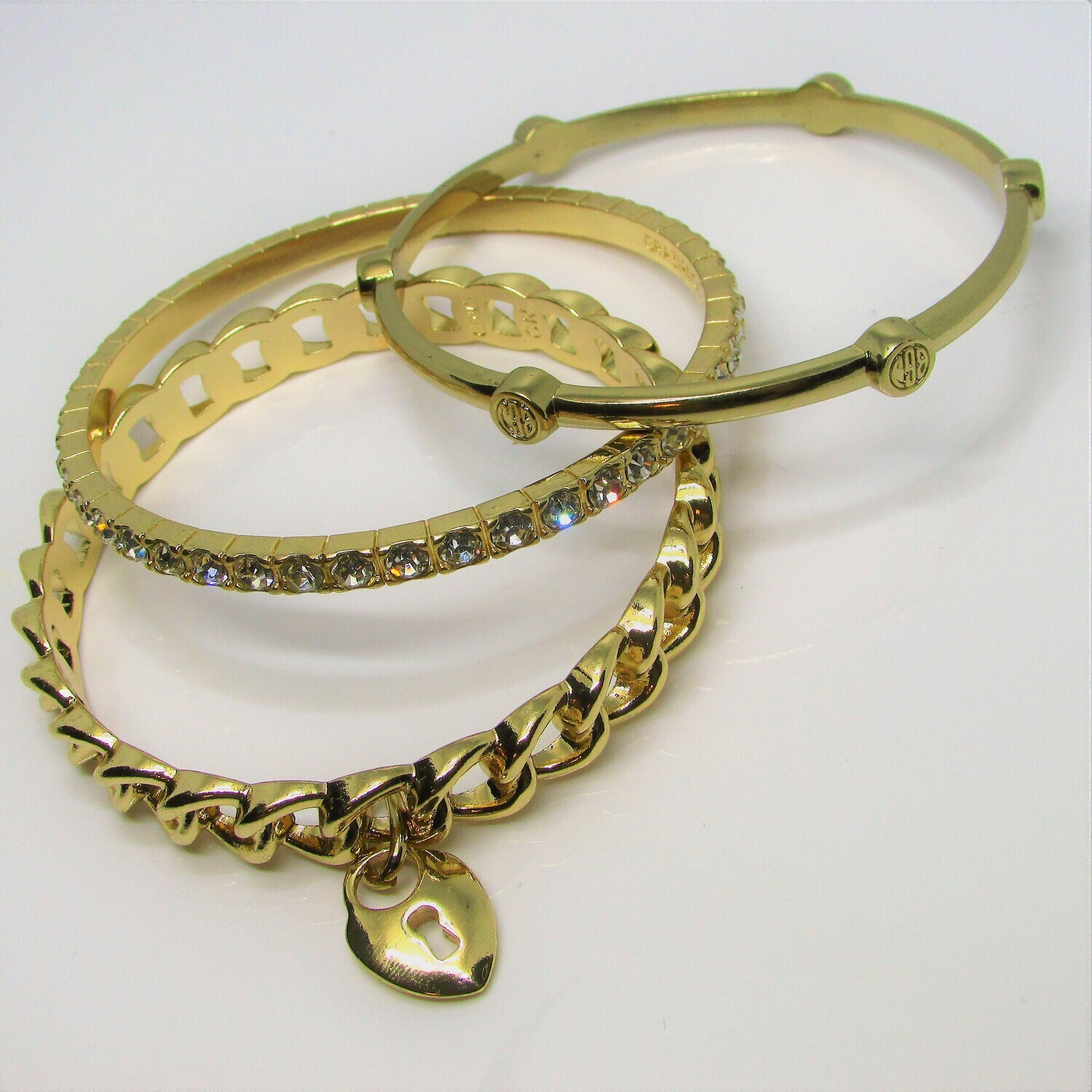 This beautiful set showcases three classic designs that complements with each other so well. One is a rhinestone studded tennis bangle, gold chain bangle with a heart lock pendant and a stud bangle with the Graziano logo. This set was bought from an estate sale and condition is used, however, the pieces show very little signs of wear. Please refer to photos for condition.

All pieces are signed Graziano CN.

Italian by origin, Robert Graziano has been one of the most influential and famous designers of luxury jewellery in the US. Robert himself participates in the creation of jewelry collections, which have been on the wave of success for more than thirty years.

Called “new Trifari” and made exclusively in the United States, his decorations constantly adorn the covers of fashion magazines. In particular, Vogue, In style, Town & Country, and Harpers Bazaar. Largest stores, such as Saks Fifth Ave, Bloomingdale, Nordstrom, Bergdorf, Goodman and Neiman Marcus sell this jewelry.

Traditionally hand-assembled, Graziano jewelry is made with the use of exclusive French enamels and alloys containing gold, silver and copper. Also, natural gems, such as coral, quartz, topaz, pearl, amethyst, turquoise, and garnet. The marking includes R.J. Graziano, Graziano, or RJG.

Noteworthy, in 2007, Graziano entered the list of the ten best jewelry brands of the century, alongside with such prestigious brands as Cartier, Dior and Lanvin."